Introduction
While prices of most fertilizer producers remain weak, there are signs now is the time to start pressing aggressively for deals to fill 2016 supplies. Reportedly, average retail fertilizer prices continued their slow the second week of December 2015. Seven of the eight major fertilizers were lower than a month earlier, but none were decreased significantly.
The fertilizer low price is the results of the low price of major crops and global economic uncertainty, which has a impact on the farmer’s margins and lowered their demand for fertilizer. It adds that farmers have cut costs this year by holding off on fertilizer purchases. Fertilizer trend is affected by volatility between different regions, which decrease demand from developing countries, where currencies have generally weakened. This trend may change, because some crop prices are likely to strengthen while some will weaken further as this weather phenomenon has different impacts on different commodities in different regions.
Background 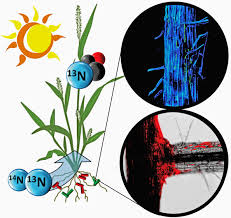 Fertilizer is any material of natural or synthetic origin (other than liming materials) that is applied to soils or to plant tissues (usually leaves) to supply one or more plant nutrients essential to the growth of plants. This also depends on its soil fertility.
Fertilizer enhance the growth of plants. This goal is met in two ways, the traditional one being additives that provide nutrients. The second mode by which some fertilizers act is to enhance the effectiveness of the soil by modifying its water retention and aeration.
As Nitrogen-based fertilizer is popular in agriculture in the world, Russia, China, Ukraine are the major exporting countries for nitrogen derived fertilizers. The second largest fertilizer is phosphates, which are derived from phosphate rock with its, which is major exported from china, follow by USA, Russia and Morocco.
Fertilizer Price
In the nitrogen fertilizers market, ammonia prices have fallen in the US and China, but stabilized at lower levels in Europe in recent months due to lower production cost. But, exports from China in the first half of the year were up by 28% y-o-y, increasing supplies on the global market.
Potash price fell due to low demand and over supply. North American is a large import country, but in the first half of 2015, the demand fell, while the global supply are still high. It will reduce potash import from China, Indian and Brazilian. Chinese demand is also expected to fall due to recent VAT changes,  the tax has been re-introduced for domestic and import markets.
It has been another challenging year for urea. Urea prices, at amongst their lowest in four years, have found a floor after reaching levels. The decline of urea value is not just to the marginal cost of Chinese producers, some of whom are now operating at a loss, but thanks to a quirk of energy values – to levels at which factories in other countries are struggling to break-even too. 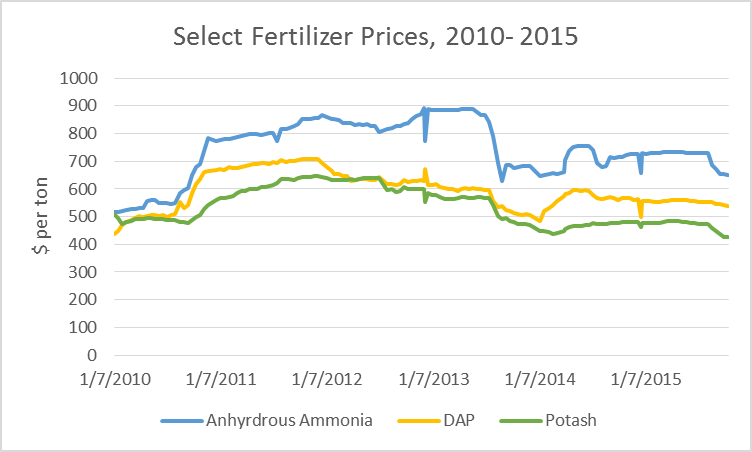 Chinese producer are typically use coal as their power source for making urea. With the price down of coal, the materials cost is advantageous when compared to that of the gas – based plants more common in the likes of North American. Coal prices have declined this year and there are no signs of this trend reversing in the near term.
Conclusion
With the analysis for future price trends of major commodities, the development of demand for fertilizers remains unclear. It is absolute that the world economy is an important factor impacting the margins of the producers of many commodities, not only fertilizers. Low agricultural commodity prices are providing farmers worldwide with little confidence.
2016 is expected to be another year of low prices. In a year where supply additions are expected in the US, Asia and Africa, low energy values will continue to play a key role in supporting production at ever lower prices for swing producers, particularly in Russia and Ukraine.But also analysis adds that potential for further urea price reductions appears to be limited, with further reductions in values risking a drop in output which would in turn will support the market.