India is second largest country of the arable land area around the world after the United States. It is also a major importer of chemical fertilizers.
Generally speaking, fertilizer is divided into organic fertilizer and compound fertilizer. The fertilizer price is changed along with raw material supply, government subsidy policies and international financial market. Price fluctuation has a great impact on import and export trade. We will make concrete analysis of price of two.
Maximum Retail Price of Main Chemical Fertilizer in India 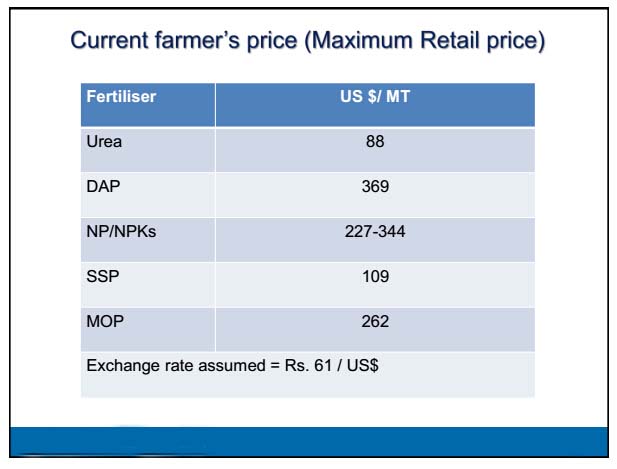 Monthly Price of Urea and Other Chemical Fertilizer in India

From the table, we can see that the price of potassium chloride fertilizer and rock phosphate is slowly rising. However, the price of the other fertilizer changes relatively greatly. The main reason is that government subsidy policies in India in the year of 2015-2016 keeps basically consistent with the number of 2014-2015. Subsidies of phosphatic fertilizer and potassic fertilizer is increased in accordance with the policy, which rises from $ 333 million last year to $ 362 million with a nearly 8.7% increase.

Factors Affecting Compound Fertilizer Price in India
1.Demand influence
Taking diammonium for example, diammonium yield is insufficient in India. According to the FAI data, actual production of diammonium in India is always lower than planned value. From April 2014 to January 2015, diammonium plans production in India is 4.06 million tons, but the actual production is 2.76 million tons, which is 68% of the planned value. The overall production of diammonium in India is still relatively small, so it rely on imports to meet a large domestic market demand. From the point of view of supply-demand relationship, due to the low domestic production, low-yield compound fertilizers are doom to be more expensive than others. Talking about fertilizer demand in India, there are some other factors influencing it, such as weather, water storage in reservoirs, crop area, rates of subsidy, minimum support price, and government policy etc. 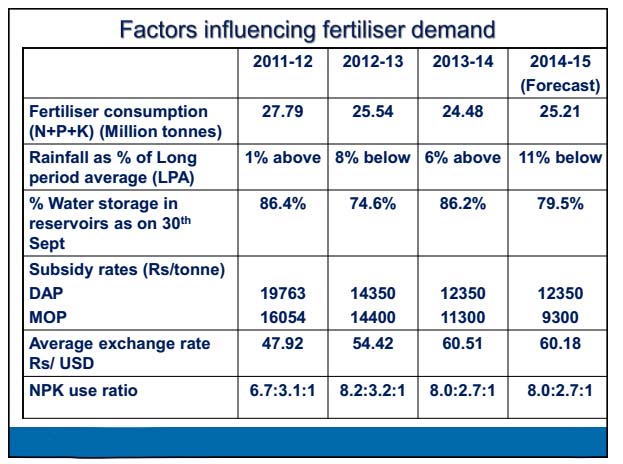