China Fertilizer Import & Export in the First Half of 2016 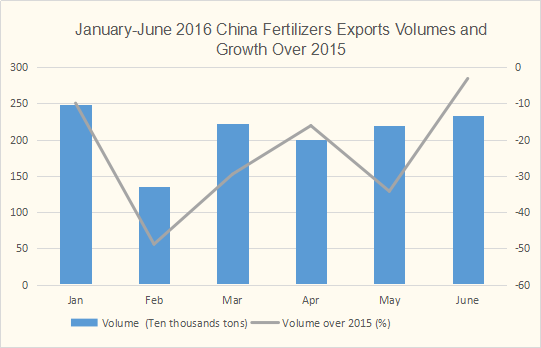 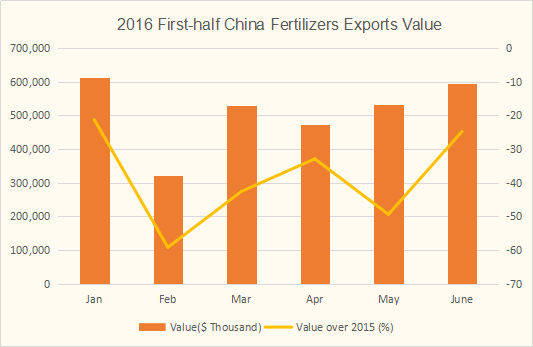 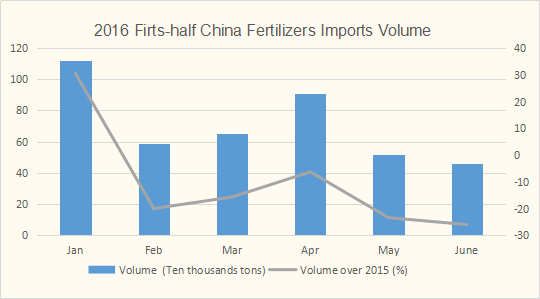 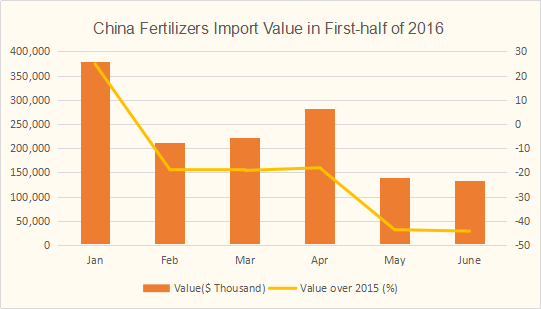 Factors affects fertilizers imports and exports
Factors that affect poor fertilizer demand are mainly low prices of international agricultural products, and bad weather in 2016. Compared to the same period of 2015, the new fertilizer VAT has reduced fertilizer export competitiveness. China has canceled the different tariffs of main fertilizers between peak season and off-season, and adopted unified annual export tariffs since January, 2015, which rapidly increased fertilizer exports output. In the first half of 2015, the export volume of mineral fertilizer and chemical fertilizer was 16.12 million tons with a total value of $ 4.975 billion.